Is Shikkui effective against
“Influenza virus” and “COVID-19” !?

KIMOTO is an over-90-year-old firm of high-skilled SAKAN artisans, which has been in the hands of a family for three generations (Sakae, Katsumi and Mikihiko). We do not only succeed good aspects of traditional SAKAN skills, but also intend to create new tradition of them. Our skills have been widely used: Shinto shrines, Buddhist temples, commercial institutions, and household interior. The former CEO, Katsumi, received 黄綬褒章 (Medal with Yellow Ribbon) in 2002, and 旭日双光章 (The Order of the Rising Sun, Gold and Silver Rays) in 2008. What is more, he was commended by the governor of Kanagawa Prefecture (1997), Minister of Labor (1999), and Minister of Construction (2000); in 2008, he received “The Prize of Japan Society for Finishing Technology” because his contributions to the succession of SAKAN skills and his practice for education of them are widely acknowledged. Despite these commendations, KIMOTO has never been arrogant, and, tries to refine SAKAN skills more.

旭日双光章The Order of the Rising Sun, Gold and Silver Rays

There are three reasons why SAKAN is recently revaluated. The first reason is its ECO friendly character. Shikkui is basically made from natural materials. Shikkui is not only good for environment, but also has good taste that can be expressed by SAKAN alone. The second reason is its artistic quality. SAKAN artisans use a tool called “Kote” [a trowel]. Kote looks like an iron, but using kote is far more difficult. Skilled SAKAN artisans can use kote like their hands, because of their long-year discipline. So, if you see walls made by SAKAN, you will regard them as harmony between paintings and sculptures. The last one is its security. Since shikkui is made by natural materials, it tends not to produce artificial and harmful materials. We strongly recommend walls made by SAKAN to a family with children.

It is not merely Japanese people, but international citizens as well that KIMOTO wants to know SAKAN’s such attractiveness.

SAKAN [a plasterer] plays an important role when a coat of building is finished.

SAKAN’s coating has at least four outstanding features as follows.
The first one is that SAKAN’s coating adjusts temperature and humidity, so it cares human health naturally. The second one is its fire resistant properties. The third one is that it does not harm human body, since shikkui is basically made from inorganic matter. The fourth one is its aesthetics.

SAKAN is highly profound work; it needs accumulated experience, skillfulness, and fortitude. Quality, speed, aesthetics, and personal character of artisans deeply affect the finished coating. Almost all SAKAN artisans on the one hand evaluate the tradition, and use try and error in order to develop it on the other. They do not only understand each of their materials and tools, but also do their job meditating about their work as a whole.

THE ORIGIN OF SAKAN

The origin of SAKAN can be traced back to Jomon period (14,000BC-300BC) when people lived in a pit. At that time, clay was the most easily acquired material. Jomon people rolled it into round objects, and made a dirt wall by piling up them. This was the very beginning of SAKAN construction.

In Asuka period (592-710), SAKAN construction was highly developed, because a lot of skills were invented: whitewashing and wall made of thinly divided wood.

In Aduchi-Momoyama period (1573-1603), colored clay became used for tearoom. It had been made possible not only to control the color of clay, but also to express its color in various ways by mixing sand and fiber into it.

In the Tokugawa [Edo] period (1603-1868), shikkui coating was invented, which meant covering whole wall by using shikkui. Shikkui is often expressed as “wall itself breathes”. This saying means that shikkui is good at adjusting humidity and deodorizing rooms. Also the shikkui coating was far more resistant to fire, and made Japanese buildings highly aesthetic.

The shikkui coating, afterward, diffused into a storehouse of merchants and a tradesman’s house. Even shikkui sculpture had been done.

In this period, SAKAN skill was highly developed in artistic quality. After the Meiji Restoration (1868), SAKAN coating was used for new Western-style buildings.

Even now, SAKAN skill plays an indispensable role when building the architecture in Japan, by using newly invented materials and method of construction.

Shikkui has been used for a castle, Buddhist temples, Shinto shrines, shops, private houses, and storehouses for a long time. That is because a main ingredient of shikkui is calcium hydroxide and calcium carbonate, so it is more waterproof and resistant to fire than an earthen wall. Though shikkui has a lot of advantage, it cannot show its ability if it is added chemical substances or binders to. Therefore, it is 100% natural materials that our first priority is.

～ Some examples of Castles using Shikkui in Japan ～

Since slaked lime has fire resistance and incombustibility, a poisonous gas will not be produced in case of a fire.

Shikkui is strong alkaline and decomposes organic substances, which means it has bactericidal action; therefore, it restrains multiplication of mold and a bacillus. Humidity control of shikkui also shuts out the mold and the bacillus, because humidity is the one of the causes of them.

Slaked lime is alkaline and decomposes protein, so it can deodorize a smell of paint, a kitchen, a bedroom, a toilet, a cigarette, and mold.

Shikkui is made from natural materials, which does not produce harmful substances when it burns; furthermore, if it burns again, an ingredient of lime will be created. This is the reason Shikkui is highly paid attention to as a new recycled building material these days.

Shikkui does not generate the static electricity, so dust, pollen, and stain do not tend to attach themselves to the wall.

Slaked lime absorbs carbon dioxide and humidity in the air, so it prevents condensation and adjusts properly the humidity in your room. Its humidity control makes temperature of your house comfortable and prevents the appearance of mold and ticks. If you live in the room where the wall is covered by shikkui, you must be aware of its comfort.

Those who suffer from SHS, atopic dermatitis and chemical sensitivity

The cause of SHS, atopic dermatitis, and chemical sensitivity cannot be specified completely. However, it is widely said that one of the reasons is air contamination because of the chemical substances in the air. We hope you will be free from such distress, by using wall covered by shikkui. We believe that “Changing Wall is Changing Air.”

For parents or guardians who have little children

Shikkui can be highly recommended for parents and guardians who have little children, because it prevents the appearance of mold and ticks; they are regarded as the cause of an allergy and atopy.

The smell of your pets can be deodorized by shikkui, and the hair of them tends not to attach itself to the wall. It has also the durability to scratch of them, and furthermore if they claw the wall, it will be easily repaired.

Difference between Shikkui and Diatomaceous earth 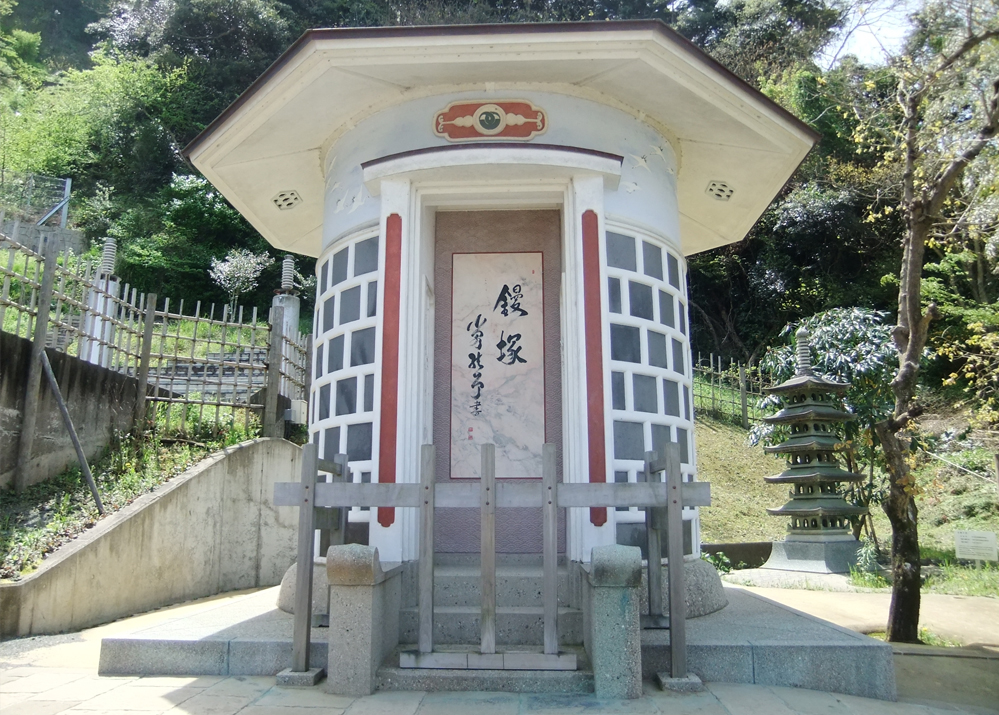 In order to protect kote [the soul of SAKAN artisans], Japan Plasterers’ Association built “Kotezuka” [a mound of kote] on November the 12th, 2005. The letters 鏝塚 was written by the former Japanese Prime Minister, Junichiro Koizumi. Kotezuka is cylindrical: a length of 5.5m, and a diameter of 3.4m. Chairperson of construction, Katsumi Kimoto, and his son Mikihiko Kimoto’s design and skill played an important roll in building it. It was made by artisans of Kanagawa Plasters’ Association and Matsuzaki-town, and is filled with the most refined and disciplined skills of SAKAN artisans. There is a shrine in this Kotezuka, and 御魂鏝 [a all-black 60cm worshipped trowel] is dedicated in it, which was made by blacksmith merely for this dedication.

Works in the USA